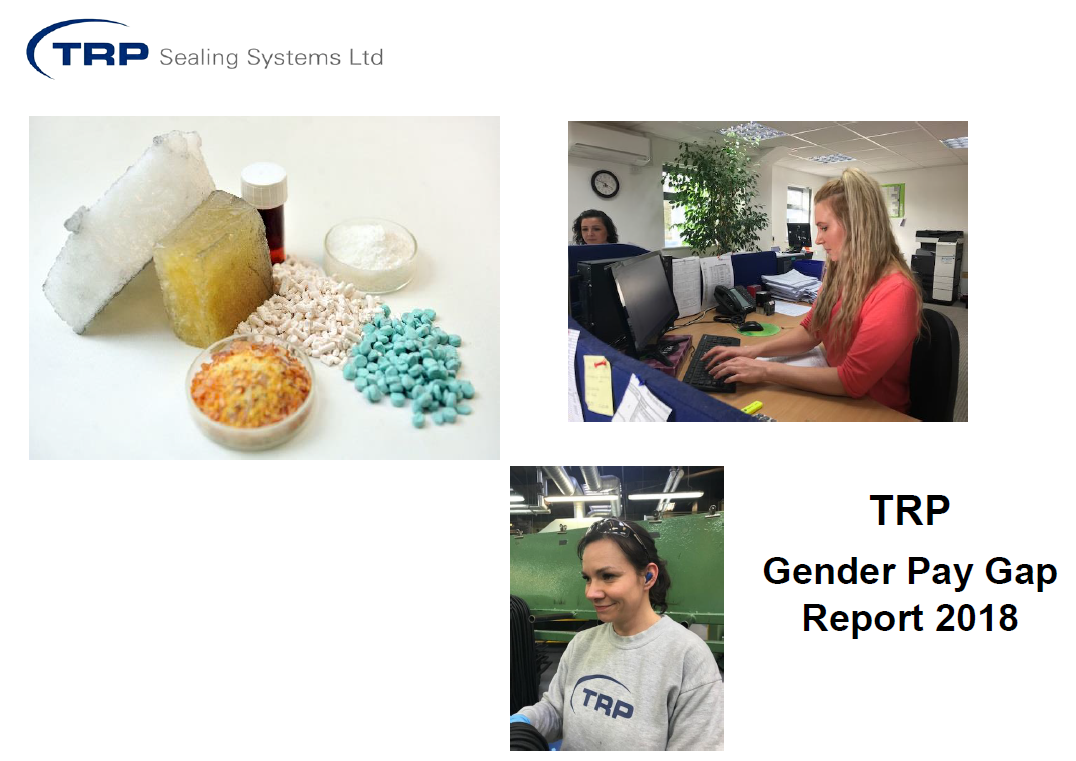 In accordance with the Gender Pay Act Regulations this is the second year TRP is presenting its gender gap figures for workers in scope at 5th April 2018.

TRP’s Human Resources Dept. and its Managing Director, Simon Children, attended a series of webinars presented by The Government Equalities Office and Business In The Community entitled “Closing the Gender Pay Gap – retention and progression of female talent”, to better understand gender aligned compensation, talent development practices & policies, and generally to improve the management of gender and diversity.

Median pay for men is 11% higher than for women.

We still employ over twice more men than women and a greater proportion of our senior leadership team are men, which impacts on the above figures. Traditionally, some occupations are dominated by one gender. For example, administrative roles have historically been held more by women, while men occupy more than three-quarters of our production roles. Where these are generally higher or lower paid, there can be a significant impact on the gender pay gap, and continues to be a challenge for TRP and industry.

The mean bonus pay for men is 27.5% higher than for women.

The percentage of employees who receive bonus pay was 95% male and 92% female.

Distribution of employees across the quartiles

Nationally, one of the main reasons for the gender pay gap is the fact that more men are likely to hold senior positions within organisations. This national trend is reflected at TRP, and this is represented in the graphs presented below. 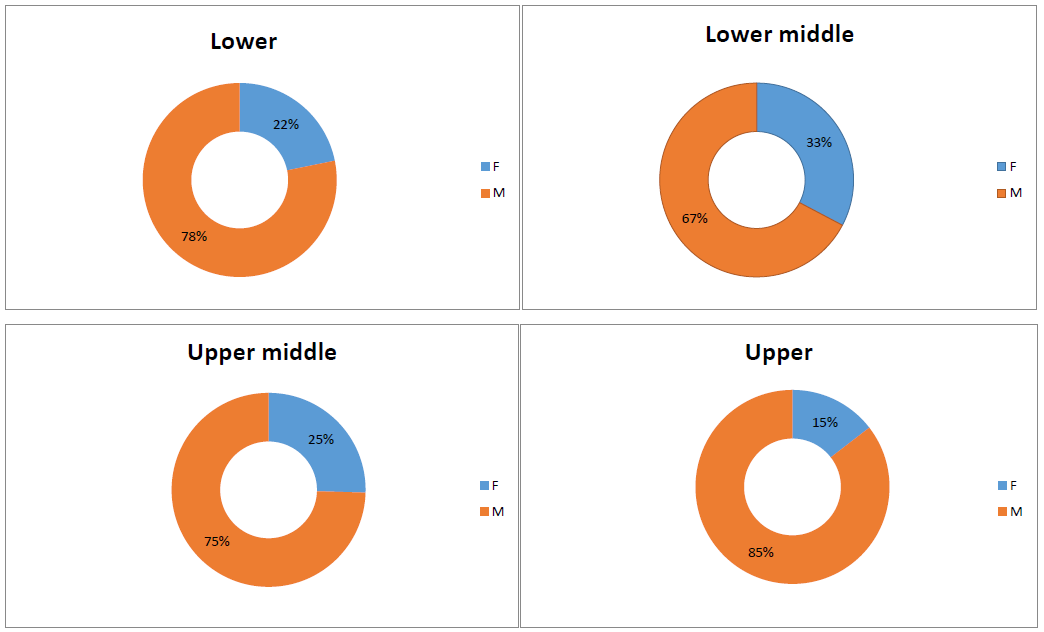 Bridging the gap – what is TRP doing about it?

TRP continue to work on its workplace culture, retention, progression and inclusive leadership to narrow the pay gap. In particular:

 Where business requirements allow, implement flexible working into all job roles, at all levels of the company.

 We allow, where possible, unpaid leave in addition to the statutory annual leave to achieve a better balance between work and personal commitments.

 We enable Shared Parental Leave to be taken at any point and simultaneously within the first year so men and women are equally able to remain visible across the organisation during time off.

 Promote an inclusive leadership which is the key to increasing employees engagement and productivity, and is effective in breaking down the barriers to progression many women face.

 To foster equal opportunities, ensure ‘physical’ working practices are, as far as they can, be eliminated or reduced.

 Ensure grievance opportunities for women directly to the company HR Dept (rather than to a line manager).

 Attract a workforce that is reflective of society and in which people feel accepted and valued based on three principles: FAIRNESS, INCLUSION AND RESPECT.

I confirm that to the best of my knowledge and belief, the information and data reported is true as of the snapshot date 5th April 2018.